Yost Group Properties came to life through the vision of Missy Yost. But, the business would not be as successful without Darren Yost and Marlee Johnson who are team members at The Yost Group.

Missy grew up in Mason, Ohio and lived most of her life in or near the Greater Cincinnati area. After graduating high school, she attended the University of Cincinnati where she graduated Cum Laude with a bachelor degree in business and a post-baccalaureate certificate in paralegal studies. She started her career as a paralegal in a personal injury law office but soon realized her passion was in real estate. She began working as a real estate litigation paralegal where she represented big banks in the corporate world and learned more about real estate and big business than she ever wanted to know.

Through life, challenges arise and doors open and close. She explains “Like many, I was deeply affected by the crash of 2008. I went through the personal struggle of divorce, became a single parent with a single income, was forced to file Chapter 13 Bankruptcy, and took a pay cut”. But, also like many, when life through curves, she learned to swing and was able to learn valuable lessons along the way. “Because of my situation, I had to think outside of the box to keep what I still had. I learned about alternative mortgage options, recovery after filing bankruptcy, and how to overcome credit challenges to name a few. I am lucky that I can now share that knowledge with others in similar situations”.

In 2016, Yost Group Properties came to fruition. Missy was able to transfer all of the valuable lessons she learned in the corporate world and real estate law, as well as lessons from the personal struggles she endured, and share that knowledge with new clients, customers, and friends. She was able to marry that knowledge and make a career out of serving others.

In 2019 Yost Group Properties added two new team members. Darren Yost and Marlee Johnson. Both bring an exceptional amount of knowledge and value to the team which makes The Yost Group well rounded to serve all real estate needs. 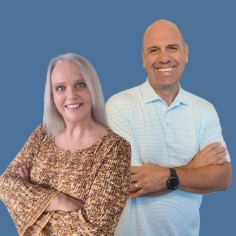